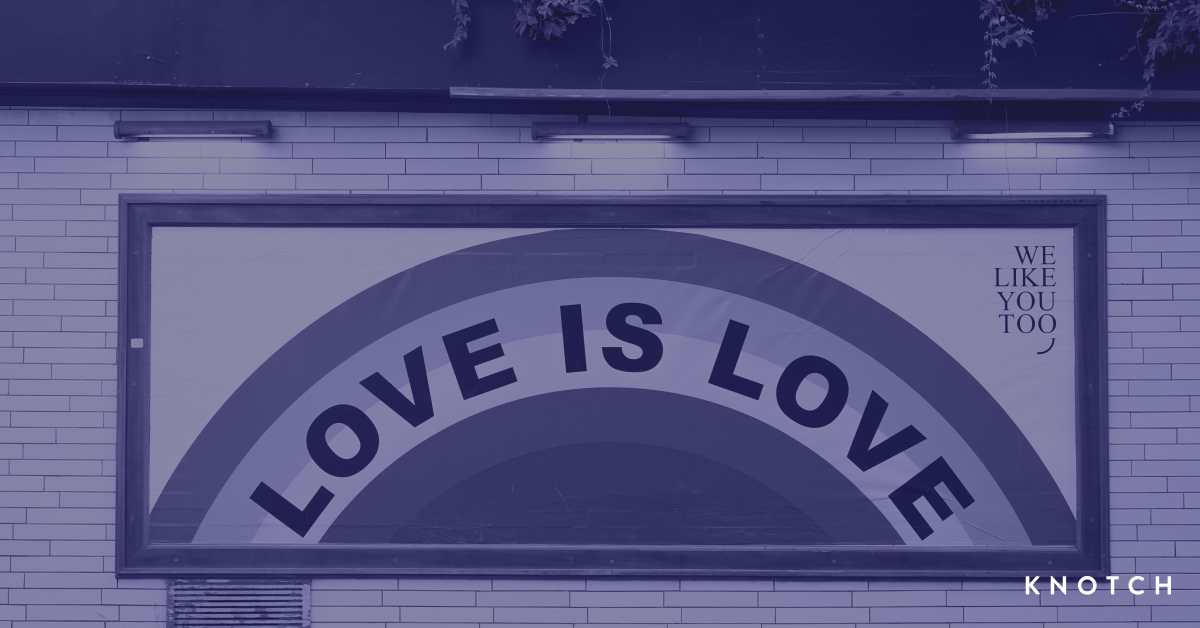 How Brands Should Celebrate Pride Amid Protests and a Pandemic

Pride 2020 comes amid the backdrop of a global pandemic, economic recession, and nationwide protests aimed at combating systemic racism and police brutality. As such, Pride parades across the country have been cancelled, and brands are scaling back their investment in the month-long event aimed at promoting equality and the increased visibility of the LGBTQ+ and Queer community.

Entertainment Weekly told Digiday that they had initially seen a lot of interest from sponsors when they were planning live events for Pride. But after the pandemic hit, most sponsors pulled back. Verizon also recently announced that they will be pausing their Pride campaign to support the Black Lives Matter movement.

This raises an interesting question. Is it OK for brands to not celebrate Pride this year due to the current national and global crisis? Should other issues take precedent?

We believe brands can and should do both.

“Pride is the perfect platform for helping raise up our Black and Brown brothers and sisters and gender-nonconforming folk,” said Sarah Kate Ellis, president of GLAAD, during our Pride in Stride webinar. “Especially this year, it’s so important for us to be out there and be loud, companies included. Companies will be judged at the end of this month by what they did not do, and if they are not participating, that will speak volumes.”

Pride is about amplifying marginalized voices, and there’s no better time to do that than when people are fighting for their freedom and rights across the country.

“LGBTQ+ and Black people are in the same struggle around being attacked as marginalized groups,” said Luzerne McAllister, a Global Diversity & Engagement Officer at PepsiCo., during our webinar.

In a poll during the webinar, 54% of attendees said brands should focus on amplifying Black LGBTQ+ voices this Pride. So clearly brands have a responsibility to do something.

But “something” can’t just be a press release or sympathetic tweet. As we mentioned in our article on brand activism for the Black Lives Matter movement, consumers are savvy enough to realize which brands pay lip service to issues of social justice, and which take substantial action. Capitalizing on the promotion of LGBTQ+ or Black rights in order to market your product or service is immoral, and consumers will see through it.

“The queer community will call out brands that ‘rainbow wash,’” Ellis said in our Pride webinar. “But there is intense brand loyalty if you engage with us properly, by which I mean you’re walking the walk, not just talking the talk.”

We acknowledge that brand activism in the current climate can be difficult, and the wrong approach could do more harm than good. So we analyzed how major brands are approaching Pride 2020 in an effort to discern an approach that is conducive to the broader conversation happening within the country.

We hope these examples help you take a thoughtful approach to Pride 2020.

One of the more unique Pride campaigns we’ve seen this month comes from Skittles. The candy that’s known for its rainbow colors is going colorless for the entire month of June in honor of Pride.

During PRIDE only #OneRainbow matters. That’s why we have given up our rainbow to show support for the LGBTQ+ community! For every SKITTLES Pride Pack sold we are donating $1 to @glaad.🌈 pic.twitter.com/mecpWaVhzA

"This year when many LGBTQ+ people will be unable to gather at large Pride events, it's so important that brands, notables, and other allies find authentic and creative ways to show that they stand with our community," Ellis said in a press statement.

The company also announced that they will be donating $1 to GLAAD for every pack of these latest Skittles sold. Skittles is a great example of a company that’s talking the talk with their unique promotion, while also walking the walk through donations.

Phulid Project, a gender-free fashion brand that promotes community, activism, and education, has come out with a line of Pride-themed face masks for those that want to celebrate Pride safely during the COVID-19 pandemic.

Proceeds from the sale of the masks will be donated to the brand’s community, which offers resources and advocacy for LGBTQ+ people.

“Our face masks were created to protect people from spreading disease, but to also take an object that covers the most expressive part of our face and visually share hope, gratitude, joy and appreciation,” Rob Smith, the founder of Phluid Project, told “In The Know.”

Like Skittles, the Phulid Project took two important initiatives (Pride, and stopping the spread of COVID-19) and combined them to offer a product that promotes unity and serves a good cause.

“From a Pride merchandising standpoint, those things are planned a year in advance, so companies aren’t changing their plans there,” says Rachel Tipograph, CEO and founder of MikMak, on our recent webinar.

In a recent blog post on their website, Apple announced that some of the proceeds from the sale of these products will go to a wide variety of organizations advocating for LGBTQ+ rights and community building. The list includes GLSEN, PFLAG, The Trevor Project, Gender Spectrum, The National Center for Transgender Equality, and ILGA World.

More recently, Apple prominently featured a letter from CEO Tim Cook on the front page of their website responding to the death of George Floyd and the nationwide protests.

“We can have no society worth celebrating unless we can guarantee freedom from fear for every person who gives this country their love, labor, and life,” Cook, a gay man, said in the letter.

He goes on to detail Apple’s commitment to supporting organizations dedicated to fighting inequality.

While Apple isn’t weaving Pride into its response to the nationwide protests, it is taking substantive action on both issues.

Every year, Nike supports LGBTQ+ rights through their BETRUE collection. BETRUE was started in 2012 by Nike employees in the Pride Network seeking to build a community diverse in orientation, identity, and expression, focused on community initiatives to advance equality in sports.

The collection is created and managed by Nike designers in the LGBTQ+ community and Nike’s PRIDE Network. This year’s BETRUE collection will feature a Pride-themed Air Force 1 and Air Max 2090 sneakers, as well as a variety of other Pride-themed tops, bottoms and accessories.

A portion of  the proceeds from the sale of BETRUE products goes to supporting various LGBTQ+ organizations, including Campus Pride, the Hetrick-Martin Institute, and the Point Foundation.

“At Nike, we believe in the pursuit of equality for every athlete,” the sportswear brand said on its website. “We honor every voice advocating for equality—those standing up to make a difference and BETRUE. Through their hard work and dedication, the playing field becomes more level every day. But there’s more work to be done. The game won’t be equal Until We All Win.”

Like Apple, Nike has also taken substantial action in regard to the killing of George Floyd via their #UntilWeAllWin campaign. Both initiatives show that Nike is a brand that backs up its words with actions.

What Your Brand Can Do

Pride started as a protest, so Pride and the current protests don’t have to be separate issues. Brands would benefit to address them both in a thoughtful way—and then back up that talk with action.

Of course, issues of equality aren’t just public-facing. There’s a lot of work brands can do internally to promote an equitable workplace.

“We need to storytell and elevate voices in our companies that show individuals that they can truly bring their full selves to work," said Sarah Kate Ellis, CEO of GLAAD, on our webinar. “Brands shouldn’t market to the LGBTQ+ community if they are not recognizing the LGBTQ+ community within their own four walls.”

And there's a lot of work we can all do as a society to elevate marginalized voices and promote equality and justice for all. If you haven’t already begun doing so, there’s no better time to get started than Pride Month.

END_OF_DOCUMENT_TOKEN_TO_BE_REPLACED 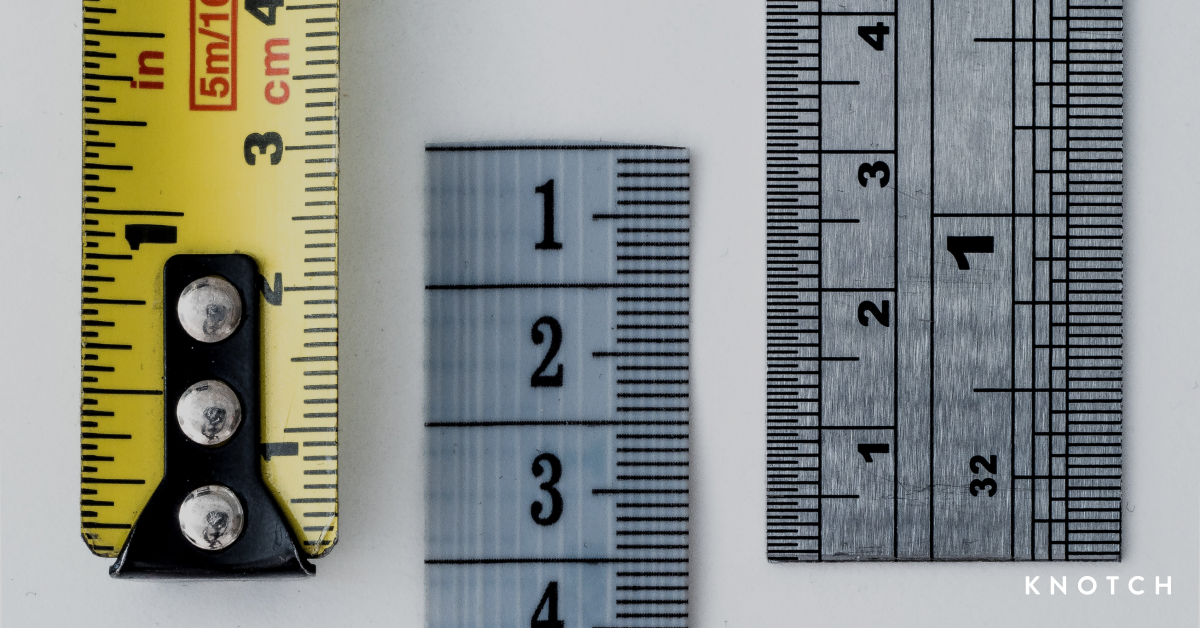 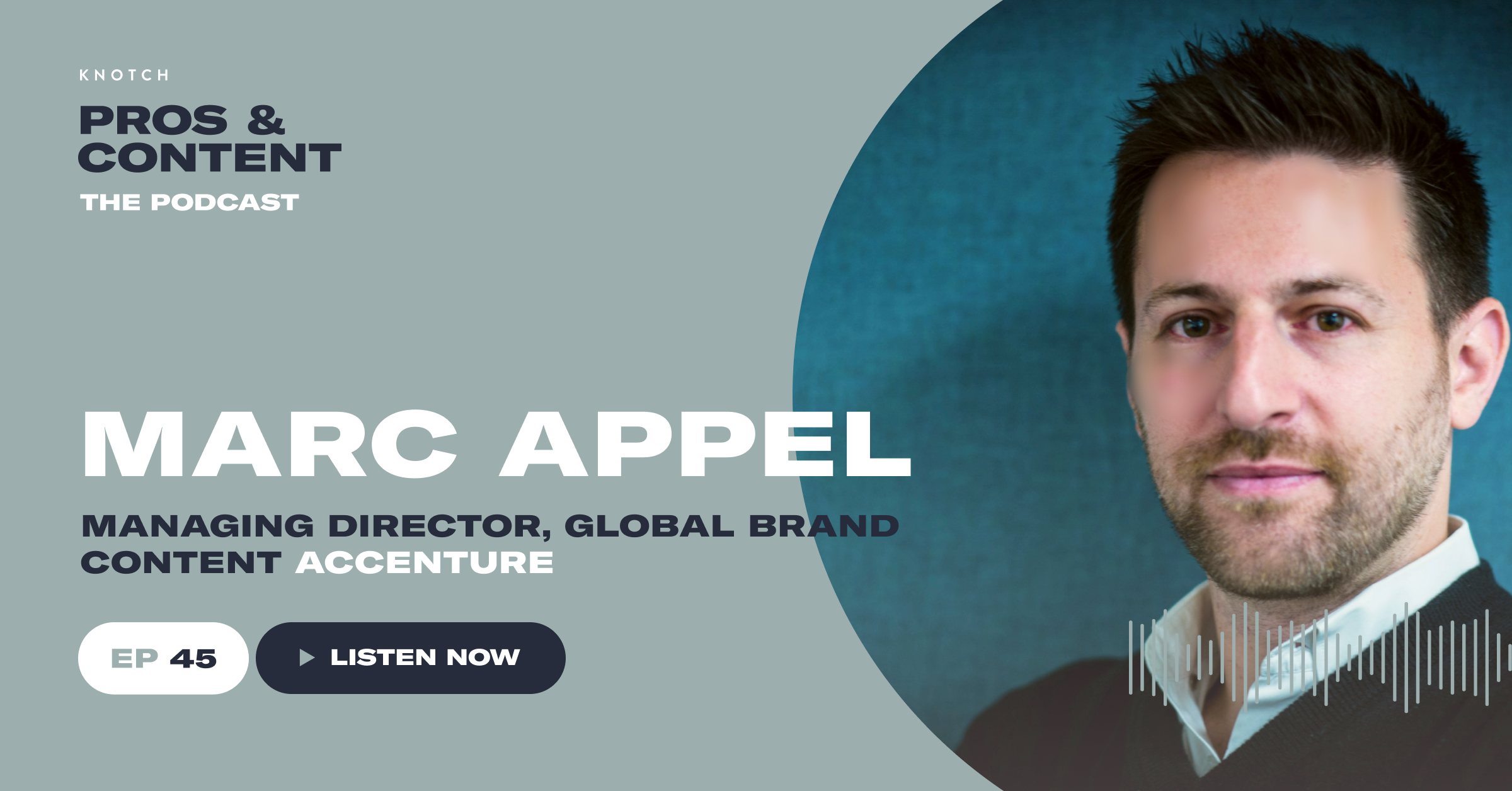 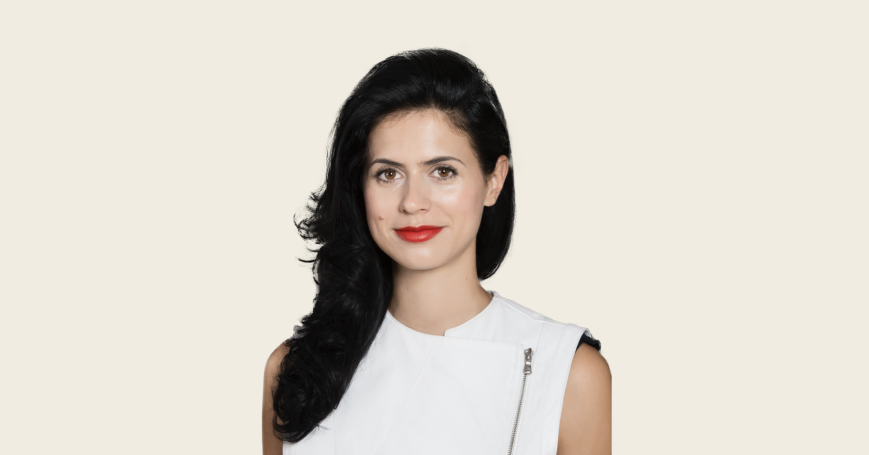 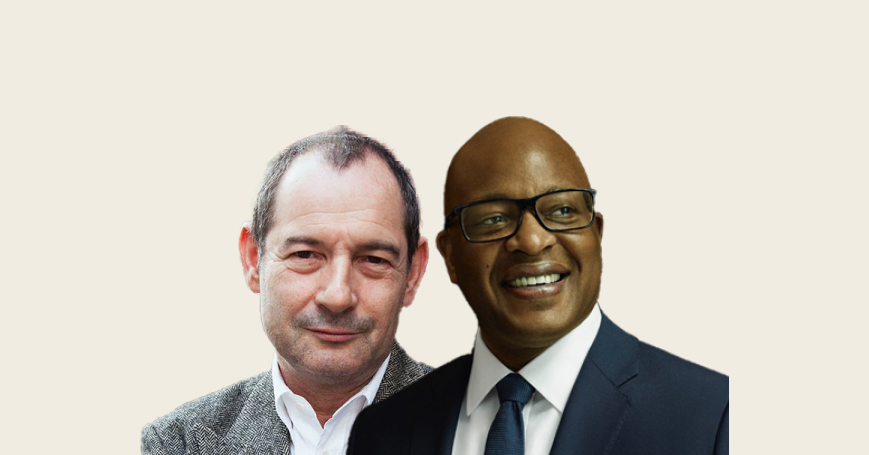 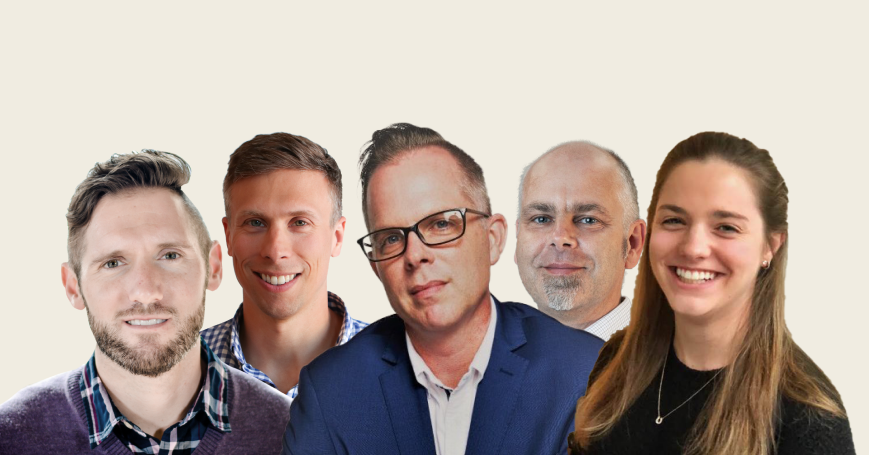 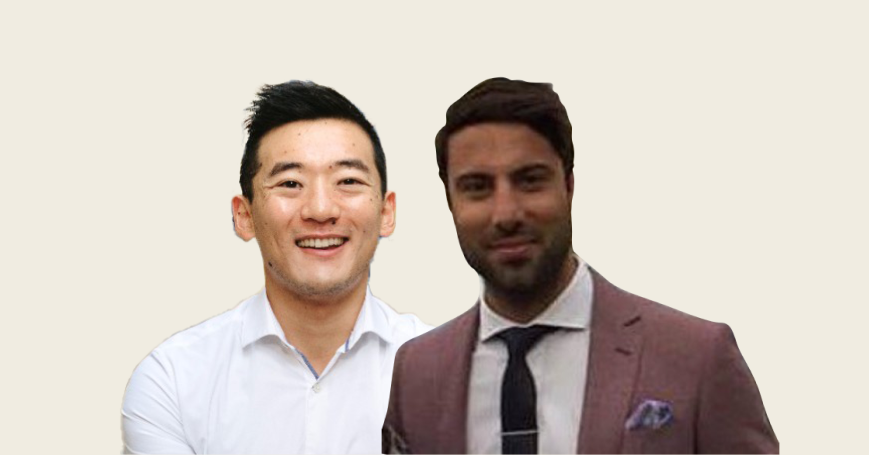