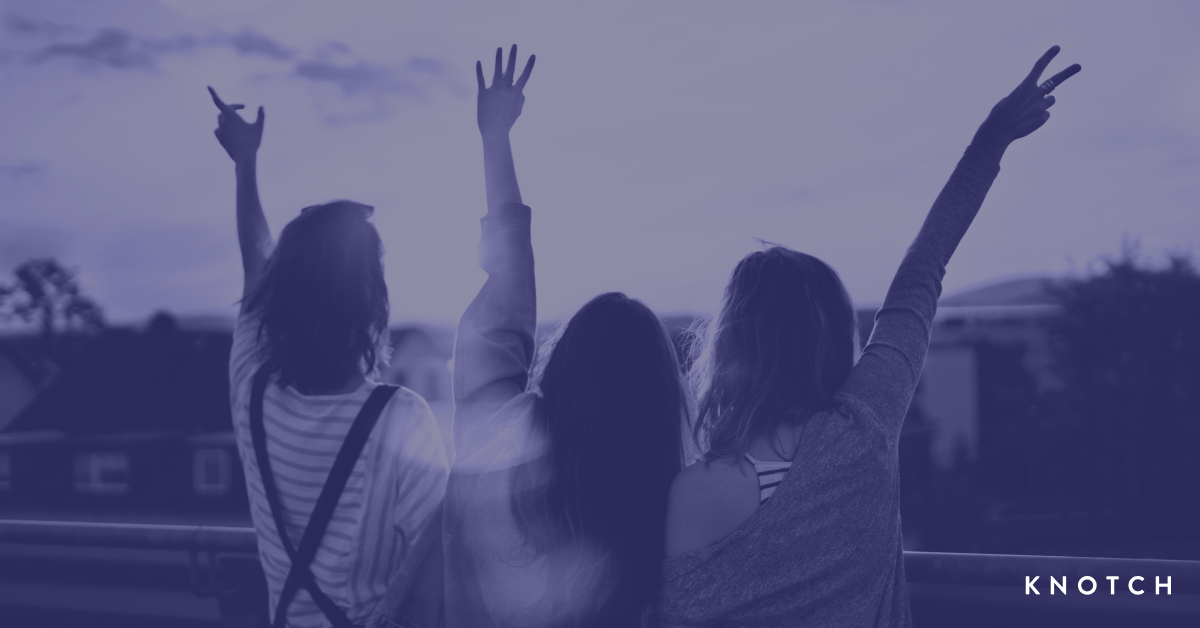 As a young millennial, I used to roll my eyes when I saw some article about how to talk to my generation, as if we were some alien species.

Now that I’ve grown up and become a marketer, I feel different.

The annoying truth is, some of the things said about my generation were true (although it could have been said more nicely). Our worldview was colored by 9/11 and the 2008 financial crisis. We graduated college with record amounts of student debt and a bleaker economic outlook than the generation before us—meaning it took us a longer amount of time to establish ourselves and live independently.

As consumers, we were distrusting of large corporations. We cared about self expression, diversity, affordability, and values-driven advertising. We got our information through social media, and trusted the recommendations of influencers and our social networks.

Brands changed their marketing to appeal to us, and many had great success (looking at you Nike, Target, and Trader Joe’s) Now, brands are doing the same thing to appeal to the next wave of consumers—Generation Z (those born between 1997 and 2015).

Just like Millennials, marketing to Generation Z requires its own unique playbook. In this guide, we’re going to talk about what that playbook looks like (in the least patronizing way possible) for content creators.

But first, let’s explain the importance of Gen Z marketing.

Why You Need to Market to Gen Z

The oldest members of Gen Z are entering their mid-20s—which means they haven’t yet reached the peak of their buying power. Even still, they’re already a powerful market force simply because there are so many of them.

According to Statista, Gen Z makes up the largest generation in the United States, with over 90 million members (Gen Z makes up nearly a third of the global population). Because of this, Gen Z is projected to command over $44 billion in buying power.

With that many people and that much money being spent, you should want to get ahead of your marketing efforts now and position yourself as a Gen Z-friendly brand (without alienating other consumers, of course).

To do that, it helps to understand who Gen Z is, beyond just young people. Here are some statistics about Gen Z that offer a look into who they are, how they think of themselves, and what they like to do with their time:

Overall, Gen Z is a hyper-connected, socially conscious, and technology-addicted cohort. In that way, they aren’t so different from their Millennial counterparts. However, the ways to market to Gen Z are vastly different. Here are some things to keep in mind as you create your Gen Z-focused marketing campaign.

More so than previous generations, Gen Z inhales knowledge from the internet, making them more informed at a much younger age. This, combined with the interconnectivity of social media, has allowed Gen Z to organize around causes that matter to them.

For example, 17-year-old activist Greta Thunberg created a mass following around promoting the threat of climate change. The takeaway should be that Gen Z is passionate, and they’re not afraid to show it. Brands should focus on aligning their brand values with that of Gen Z in order to foster a deeper connection with them and give them a reason to listen to you. According to a study by Google, Gen Z says they are more likely to give to brands whose values align with their own.

But virtue signaling isn’t enough. Gen Z requires brands to act on their words. We’ve seen evidence of this in the past, such as brands that have been criticized for “pinkwashing”—using the context of LGBTQ+ rights to market their products or services.

More recently we have seen brands scrutinized over failing to act against police brutality and discrimination of Black people. In response, more brands have gone public with their pledges to take substantive action, such as prioritizing diversity in hiring and making large donations to civil rights organizations.

While some brands are taking action because they believe it is the morally right thing to do, we feel the broader shift towards brand activism is a direct response to pressure from younger consumers to stand up for causes they believe in.

Diversity and inclusion are among the most important causes Gen Z cares about. According to Pew, two thirds of Gen Zers are likely to say black people are treated worse than white people.

Because of this, marketing campaigns that prioritize diversity resonate deeply. A good example of this was JetBlue’s collaboration with the VH1 show “RuPaul’s Drag Race,” which showed support for the LGBTQ+ community in a humorous and thoughtful way.

Marketing to Gen Z can go terribly wrong if not done in an authentic way. This goes back to what we said about Gen Z wanting to see “real people” rather than celebrities in their advertisements. This is why influencers have so much power.

An example of inauthentic Gen Z marketing would be the infamous Kendall Jenner Pepsi ad in which the supermodel shares a Pepsi with a police officer in the midst of a protest. The commercial was criticized for trivializing the Black Lives Matter movement and implying that the issue of systemic racism could be solved by sharing a soda.

This goes back to what we said about brands needing to walk the walk—Gen Z doesn’t shy away from calling out brands missing the mark. So when it comes to creating content for Gen Z, be honest and genuine, or face the prospect of being “cancelled.”

One important way brands can come off as authentic is if they engage with their customers. 76% of Gen Zers say they want brands to respond to their feedback, and see this responsiveness as a sign that the brand cares about their customers.

Furthermore, 41% of Gen Zers read online reviews before making a purchase decision. In fact, 91% of the general population read online reviews to get insight into a purchase. This means it’s not only important to respond to feedback, but to also act on it—especially if it’s negative feedback.

Considering that it takes only a handful of negative reviews to sink a business, engaging with your customers, responding to their concerns, and listening to their recommendations is imperative not just for marketing to Gen Z—but for long-term survival.

Gen Z understands how advertising works, and does everything in their power to avoid it. They often use ad blockers to skip advertisements, and opt to pay for subscription services to avoid being served with ads.

So commercials and banner ads are out—but that doesn’t mean Gen Z isn’t susceptible to advertisements. You just have to get more creative. One such way is by creating shareable content, such as GIFs, funny Youtube videos, or interactive experiences.

For example, television show “The Great British Bakeoff” shares GIFs on Twitter of their episodes in real-time. By creating these looping images, the show’s millions of followers can then share them with their network, which is a powerful form of advertising because it comes from peers (a.k.a. “word of mouth” marketing).

Influencer marketing has also proven to be a powerful marketing tool. This speaks to the fact that Gen Z perefers “real people” in their ads. With influencer marketing, brands pay individuals with large social media followings to promote their products or services on their social media account. For example, fashion influencer Noelle Downing often models and promotes clothing brands on her Instagram account—and is paid by the brand to do so.

Watches Mrs. America once LOL! 🤣😅 Always love coming out here to enjoy a snack and just take in the sunshine 🌼 it never gets old ️ wearing a very vintage inspired @Modcloth look because some days I just like to get a little dolled up and feel glam! Linked this look in my stories #ModclothSquad #sponsored

Another medium marketers should turn to is video. According to YouTube, 85% of teenagers are actively using the platform, so if your brand isn’t creating video content you’re failing to meet Gen Z where they are. A great example of video content marketing aimed at Gen Z is Buzzfeed’s “Tasty” series:

95% of Gen Zers own a smartphone, so mobile should be your first touchpoint when marketing to Gen Z. This means having mobile apps with a great UX, content that can be consumed on a mobile device (i.e. social media posts, videos), and keeping things short and to the point, hence our next tip for Gen Z marketing...

Gen Zers have short attention spans—a byproduct of growing up as digital natives.

How short is it? The average Gen Z consumer’s attention span is currently measured at 8 seconds.

This means it’s very important marketers get their point across right away. This is one of the reasons visual content is so effective with Gen Z—you can get the takeaway without expending a lot of effort (such as reading an article).

Use Data (But Be Careful)

Data should be a cornerstone of all your marketing efforts. By collecting first party data, you gain invaluable insight into exactly how you should market your product or service to your Gen Z customers.

Data can also be a valuable content creation tool. You can use the data that you collect to create infographics, data reports, and white papers. This type of content can help position your brand as a thought leader in your industry, and engender more trust from your Gen Z customers, as well as improve your ranking in search engines.

For example, Match.com has published eight  white papers on the singles population in the U.S., and Shutterstock creates an annual creative trends report detailing the latest trends in design and media.

Knotch is the content intelligence platform that allows you to collect first party data on individuals who consume your content. Using Knotch, you’ll receive tailored insights into your content performance and actionable advice on how to help your content resonate with your target audience.

To learn more, sign up for a free demo of Knotch.

END_OF_DOCUMENT_TOKEN_TO_BE_REPLACED 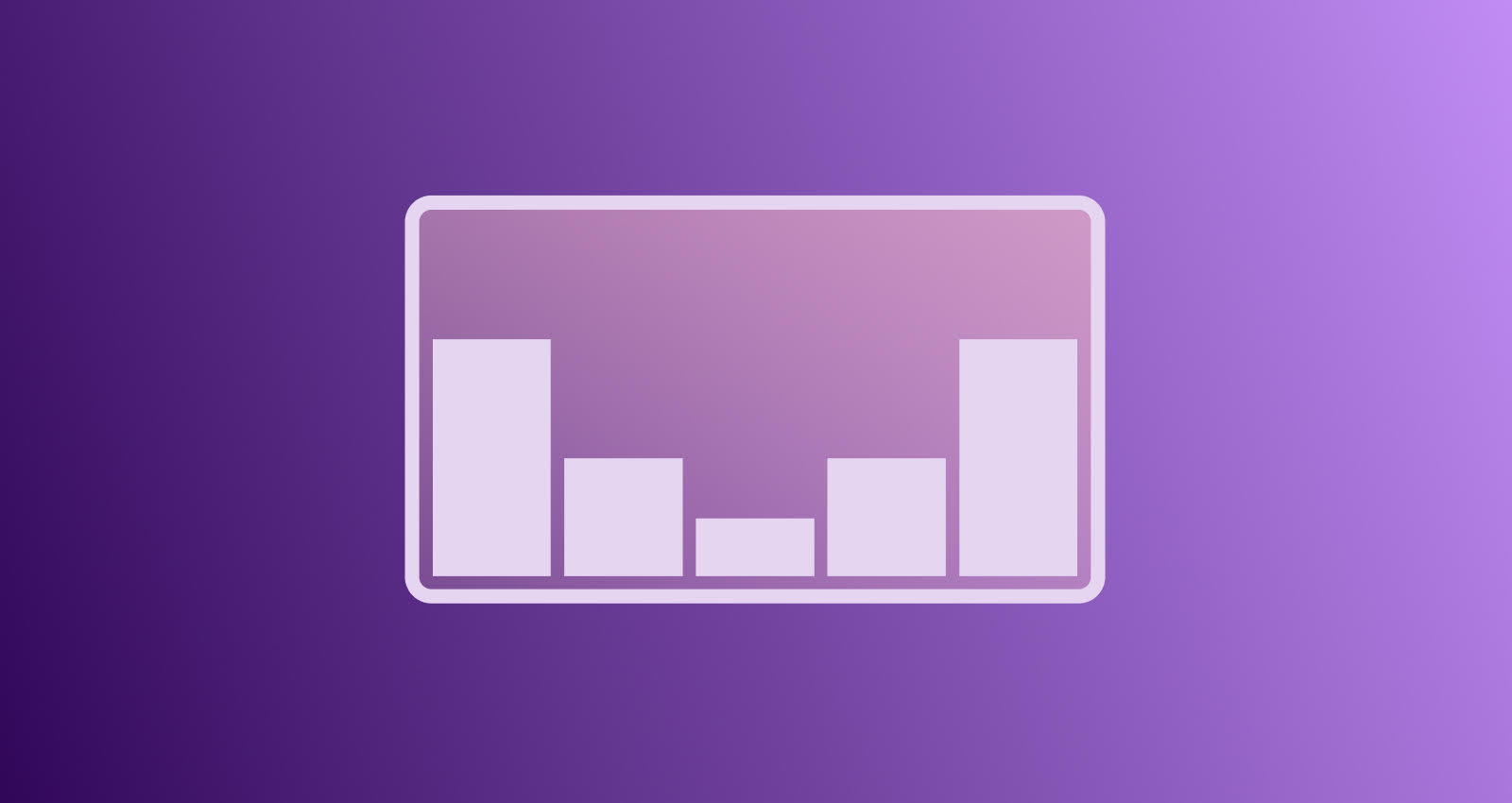 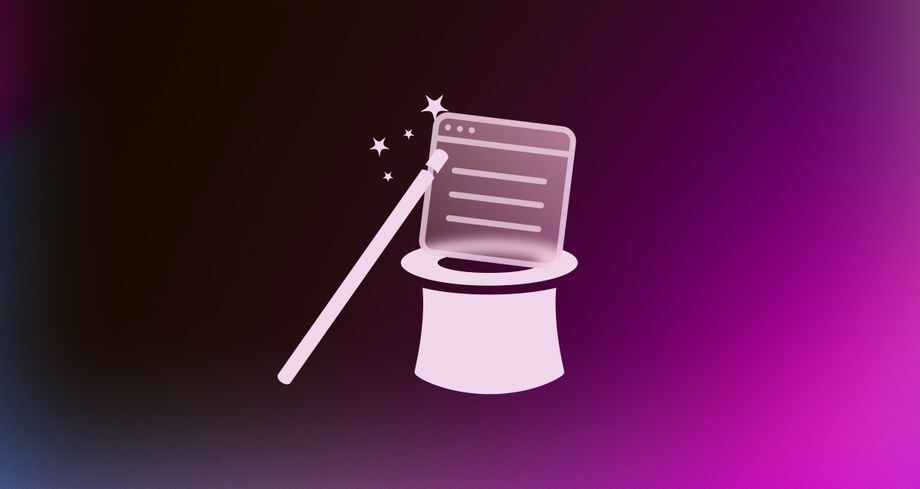 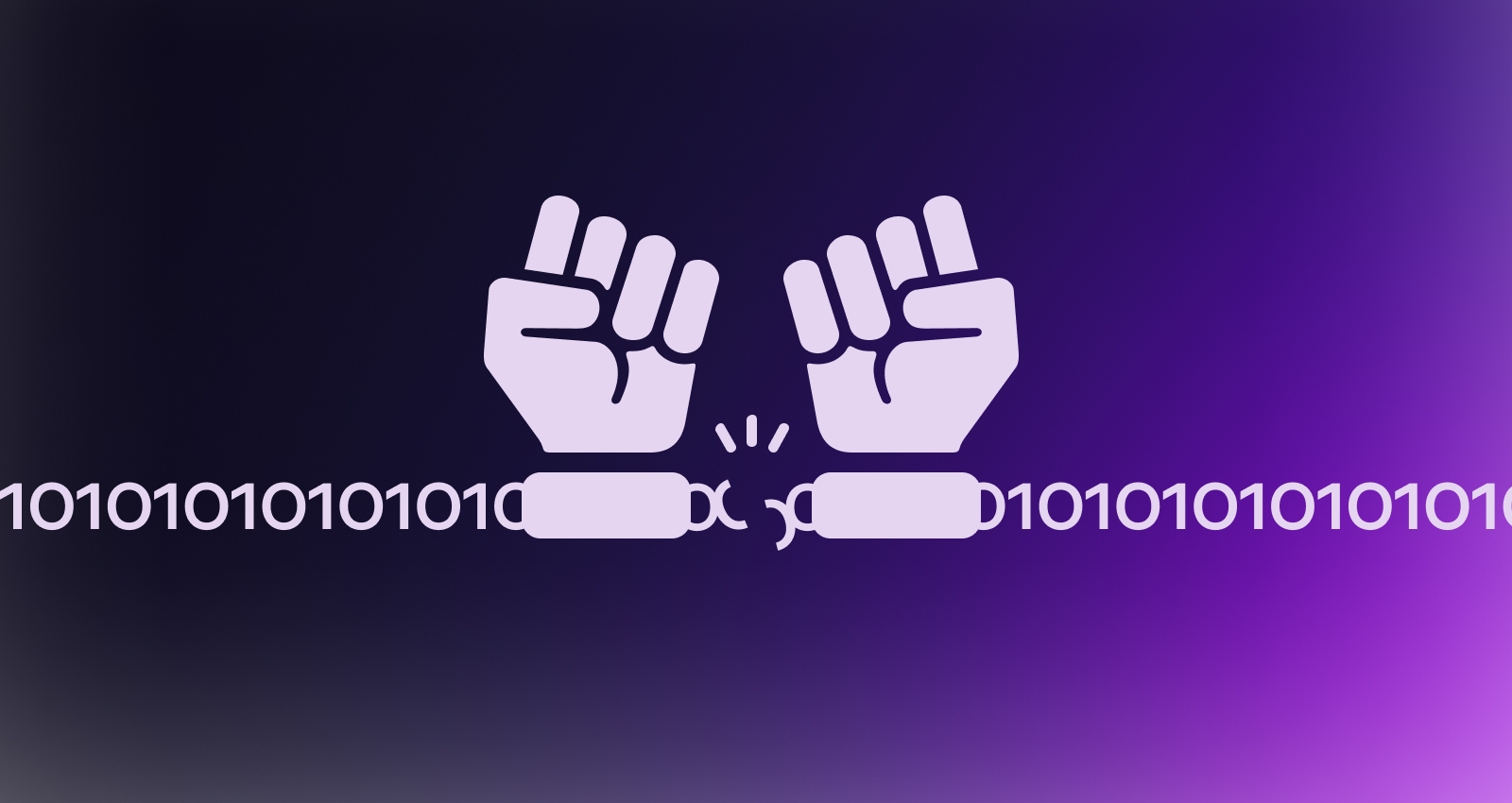 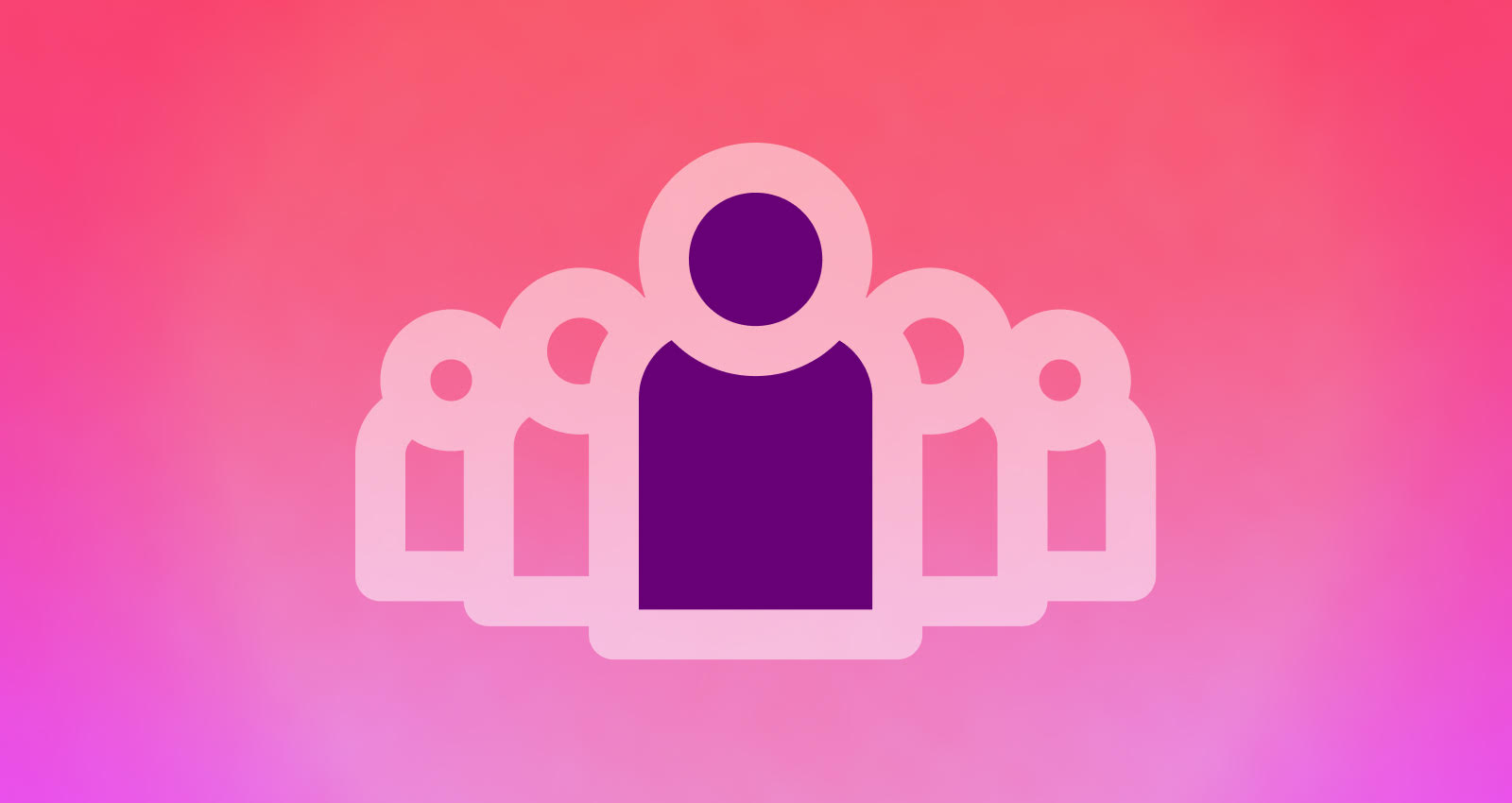 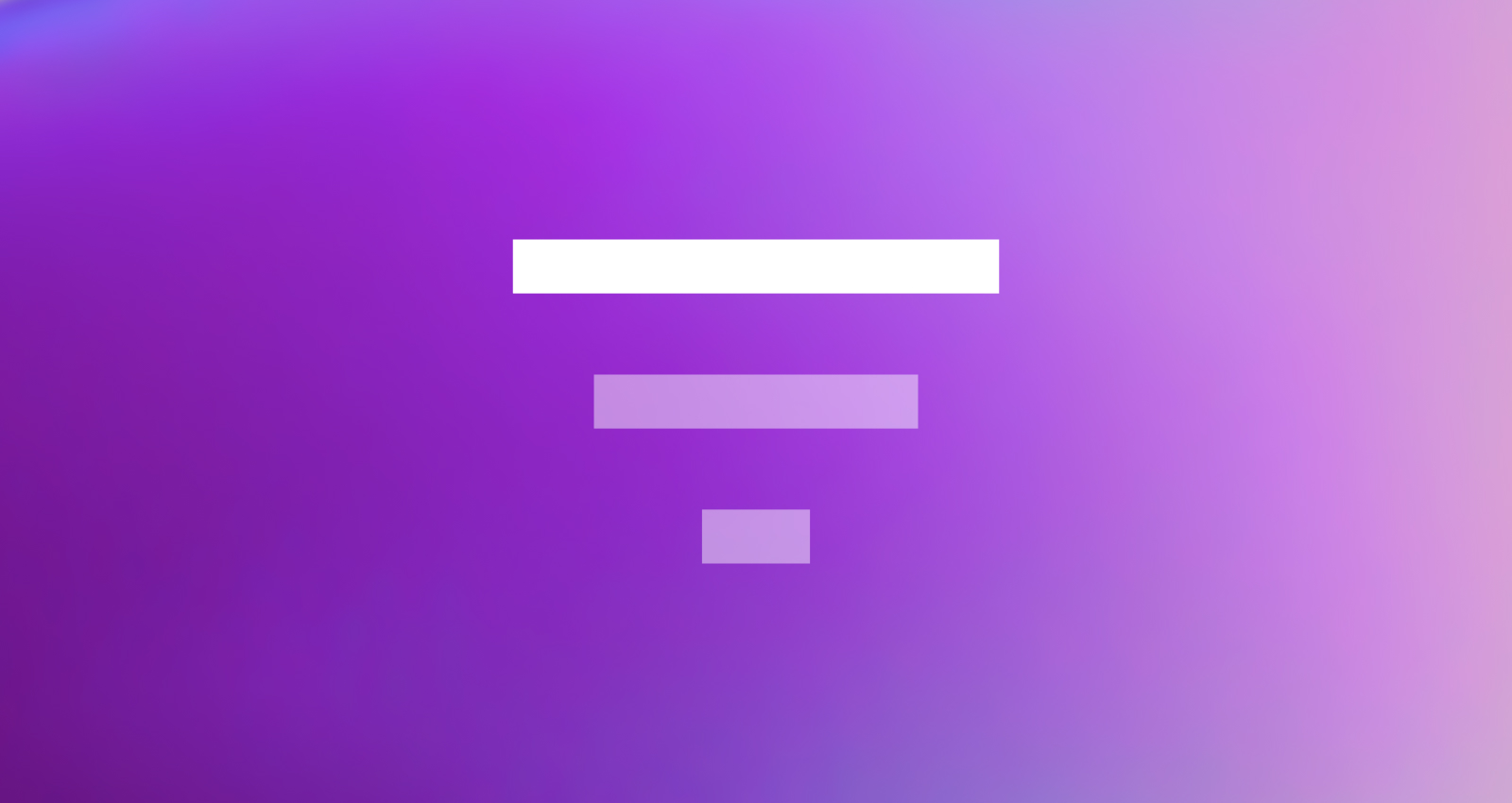 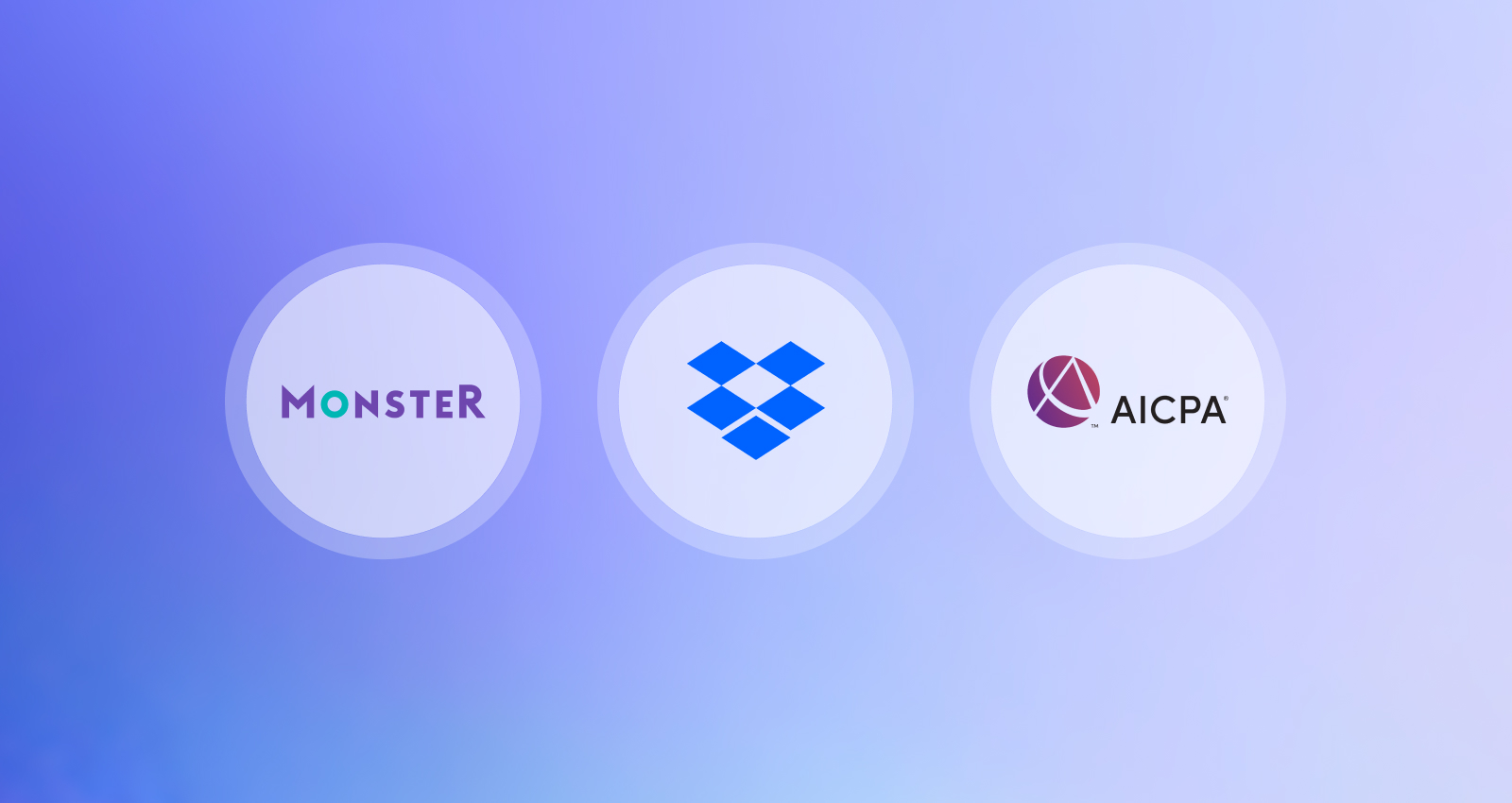