In this Opportunity Makers interview, we connected with Lina Shields, Chief Media Officer of Lilly USA at Eli Lilly and Company, on coming to America, the diversity on her team, and how she uses her immigrant experience to give others a seat at the table. 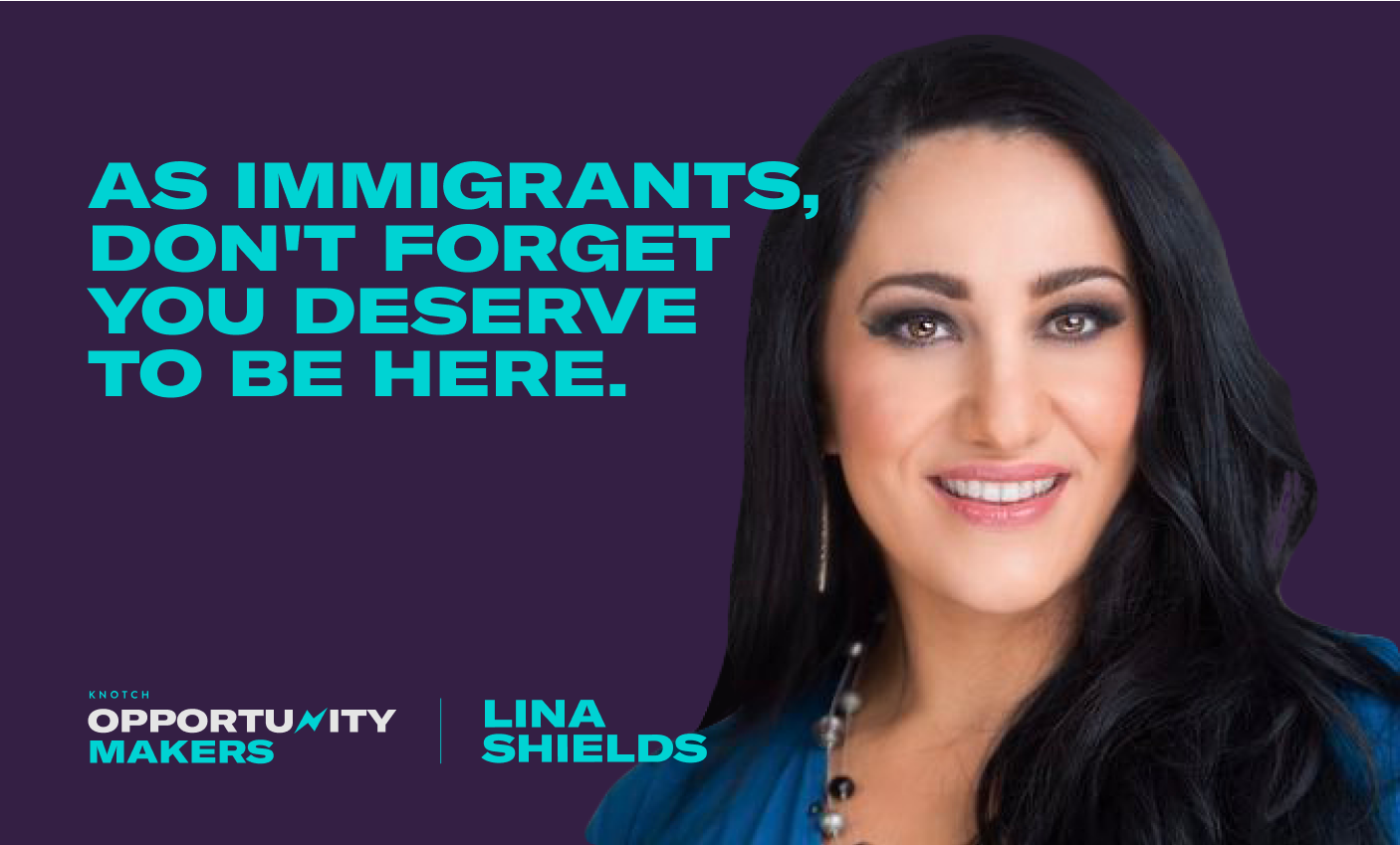 Lina Shields: I have two coming to America stories. I grew up in Italy and finished University there, but ended up in Los Angeles for an MBA program. I essentially convinced the school to allow me in!

I always say I have a second story, because years later I moved for work to Indianapolis. That’s where the real cultural shock happened. I feel like I really met America when I moved to Indiana.‍

AG: What was your initial culture shock when you got to L.A. and what was the second when you arrived in Indianapolis?‍

LS: I loved Los Angeles. I still feel like L.A. is my home in the U.S., because that's where I first learned my way around America. Many parts of L.A. were similar to Italy in that it was fairly diverse, with many cultures and a distinct feeling in each part of the city. Also, a lot of immigrants that move straight to L.A., grew up watching American movies. I never realized that when you watch these American movies, you're actually mostly seeing L.A. Everything felt to me like a movie set.

When I moved to Indianapolis, it wasn't necessarily a tourist attraction. There was hardly any diversity. It was a little uncomfortable, at first.‍

AG: When did your initial excitement wear off, and when did you decide the US was where you wanted to continue growing as a professional?‍

LS: Trying to find a job after moving, I found I was sometimes more qualified than people coming from U.S. universities. It was an uphill battle even from the beginning.

However, women don’t have the same seat at the table in Italy as men do, especially in the areas I was working in. I didn't want a small job - I wanted to leave a big footprint. When you first move here, you know that this is the land of opportunity. So I stayed. The American dream was palpable back then.

I pursued a career that would allow me to be global. I was determined that I wanted to go back, but paid for by the U.S. so I could also have those bigger responsibilities not achievable for women in Italy. ‍

AG: Did you feel like spending time in the US gave you more opportunities as a female executive?‍

LS: Yes, compared to Italy. One common thread in my career is I'm always taking the job nobody wanted. Even my very first job at Lilly was in sales, even though I wanted a job in marketing, but it was a way for me to get a foot in the door.

I only got it because nobody wanted to sell in the high desert and the Inland Empire. So I took the undesired jobs and made myself known through work. I just needed the opportunity. ‍

AG: In our interviews thus far, the common thread across them all is, “We took the job that no one else wanted.” Do you think that's because you’re an immigrant? And if so, why do you think that?‍

LS: I think it’s not just that immigrants go for the job that nobody wants, but you oftentimes really are the last resort. That’s certainly happened to me. It was a combination of my accent and that I was culturally different. You feel this huge pressure to conform, given to you by those very people that handed you the job. It’s uncomfortable. As immigrants, we feel grateful for these positions. But it can take you so much longer to see that you're also cheated on salary and benefits, and we’re oftentimes taken advantage of.

The first half of my career I was always the least obvious choice. And now, that's who I look for, because that's often where talent can be discovered.‍

AG: It's expensive to hire an immigrant, and their salaries tend to be lower on average than American salaries. What do you think are the biggest misconceptions about immigrants in the U.S.?‍

LS: I see the unspoken misconception that what's not the same equals bad. There’s a misconception that immigrants are difficult to manage or unpredictable. And that’s true, to some degree. We have opinions and are outspoken about them.

As an immigrant, sometimes your accent can be equated with a lack of intelligence. You have to work six times as hard or always come with data, where others just make generalities.

With my accent, it can sometimes take me longer to articulate certain thoughts. There's a misconception that we're not as intelligent. I'm doing well in my job, but I need to be buttoned up compared to my colleagues, because there's still a sense of uneasiness.‍

AG: Corporate America is predominantly white males. How do you present to a room like this, and how do you build bridges of empathy?‍

LS: In the first half of my career, I adjusted. I prepared. I removed everything that’s too Italian.

As I started transitioning into more senior management roles, the real turning point came when I started managing people. I was managing women, mothers and people of different backgrounds, and I felt a responsibility to show up the way I am, take it or leave it, to a room full of senior managers and middle aged white men. In that room, you either pass or fail. But I try to anchor in data as much as possible. I prepare, because I know my credibility is at stake.

However, I found myself leaning on others’ approval of my opinions as justifications for my decisions. Even to myself I felt like I had to bring somebody else to corroborate them. That's changed now, but I still catch myself. ‍

AG: What advice would you give to yourself as a young immigrant making her way through corporate America?‍

LS: Don't forget you deserve to be here. Remember that half of these people don't know what they're doing. And finally, demand for salary, for raises, and for paid benefits, because immigrants go above and beyond everything that's requested. It’s true to our immigrant DNA and how we got to the job. So I would tell myself to take all my space at the table, not apologize for being there, and that I deserve the worth of what I bring. ‍

AG: How do you as an immigrant approach diversity on your team, and what role do immigrants play in the creation of that diversity on different teams?‍

LS: I focus not on just diversity, but on creating a safe place where people of different backgrounds can grow in their careers, and take up space at the table. Once you’re on my team, you’re forever on my team.  I saw something special when I brought you in, and that's always going to be the case.

I think corporations have more systemic ways to include immigrants, through either long-term employment or short-term assignments from other countries. It’s then my job to make space for that person. Ninety eight percent of my team are external hires, coming from all walks of life. It’s better business results, but also gives me an incredible amount of satisfaction to create that space on my team for seriously talented people.